Can you believe we're already a few months away from the end of the year? It still feels like we just started #TR25 and somehow we're approaching December!

We've still got loads of great content to come, however, and are now kicking off Tomb Raider: Underworld celebrations with our latest box art reimaging! This month Laura H. Rubin brings her specialty with realistic and emotional portraits to life with her take on Lara and her doppelgänger. We knew her play on light and shadow elements would be perfect to capture Underworld's tone and she surely delivered. 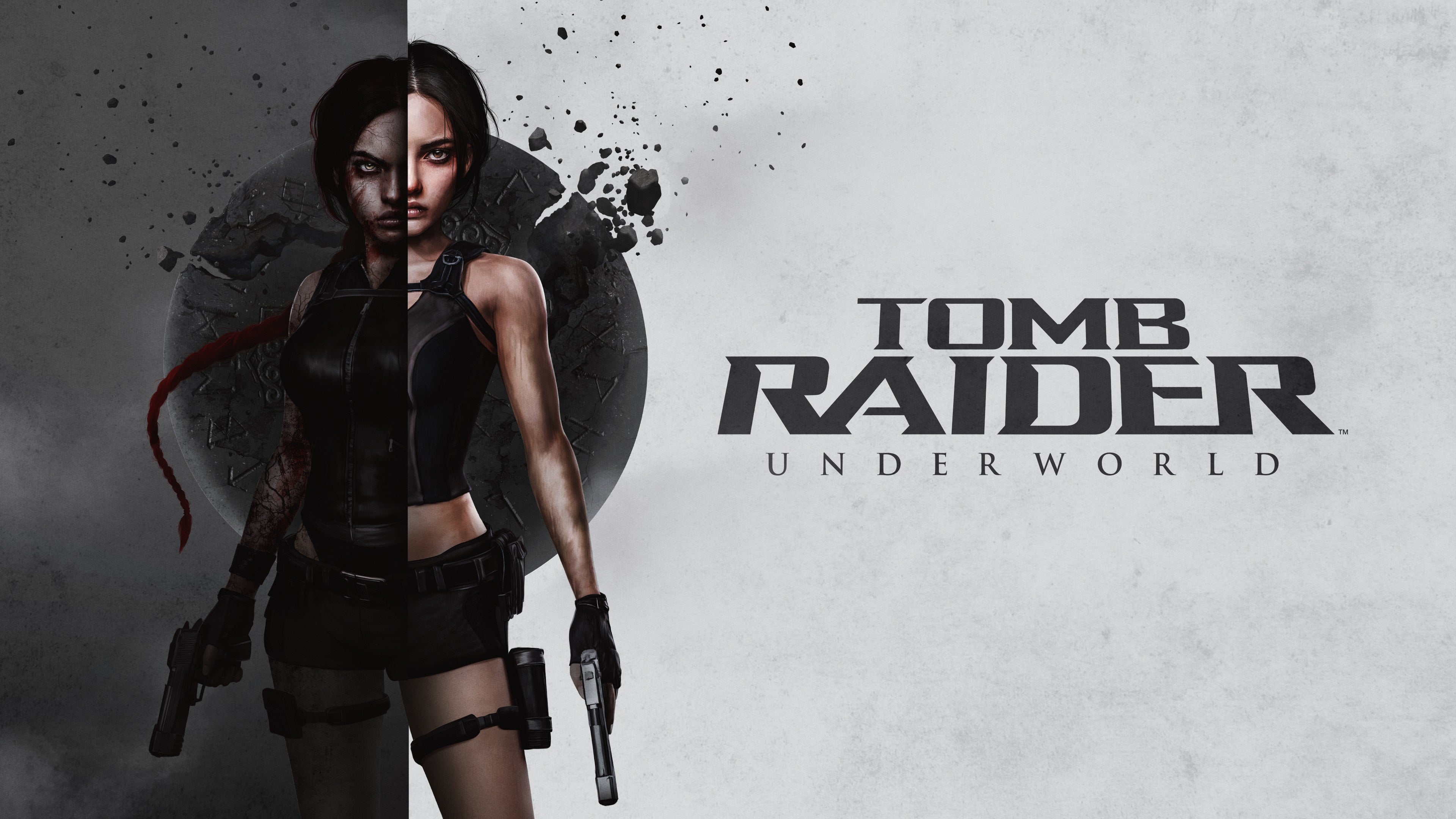 "Escorted by her drawing tablet, Laura H. Rubin wanders through a one-of-a-kind universe that she manages to capture in original yet ominous creations. Her portraits emanate from a fascination for mythology and psychology, which shines a light on a both poetic and profound reflection. It is with a remarkable fineness and technical realism that she depicts the hidden territories of our sensitivities, thanks to her sensual and enigmatic characters. Laura H. Rubin is an accomplished artist living in Bern, Switzerland. She graduated from Zurich’s SAE Institute, where she studied film and visual effects, as well as digital arts. Nowadays, she develops her own technical and creative tools, which she offers to the artists that she accompanies through teaching content."

Laura's art has popped up in various locations across Europe for advertisements, and seen in publications such as magazines and books. She has even published her own book and features a series of tutorials for those interested in learning how to draw. Some of her past clients include Ubisoft, Affinity by Serif, Think Jam and Simon & Schuster. 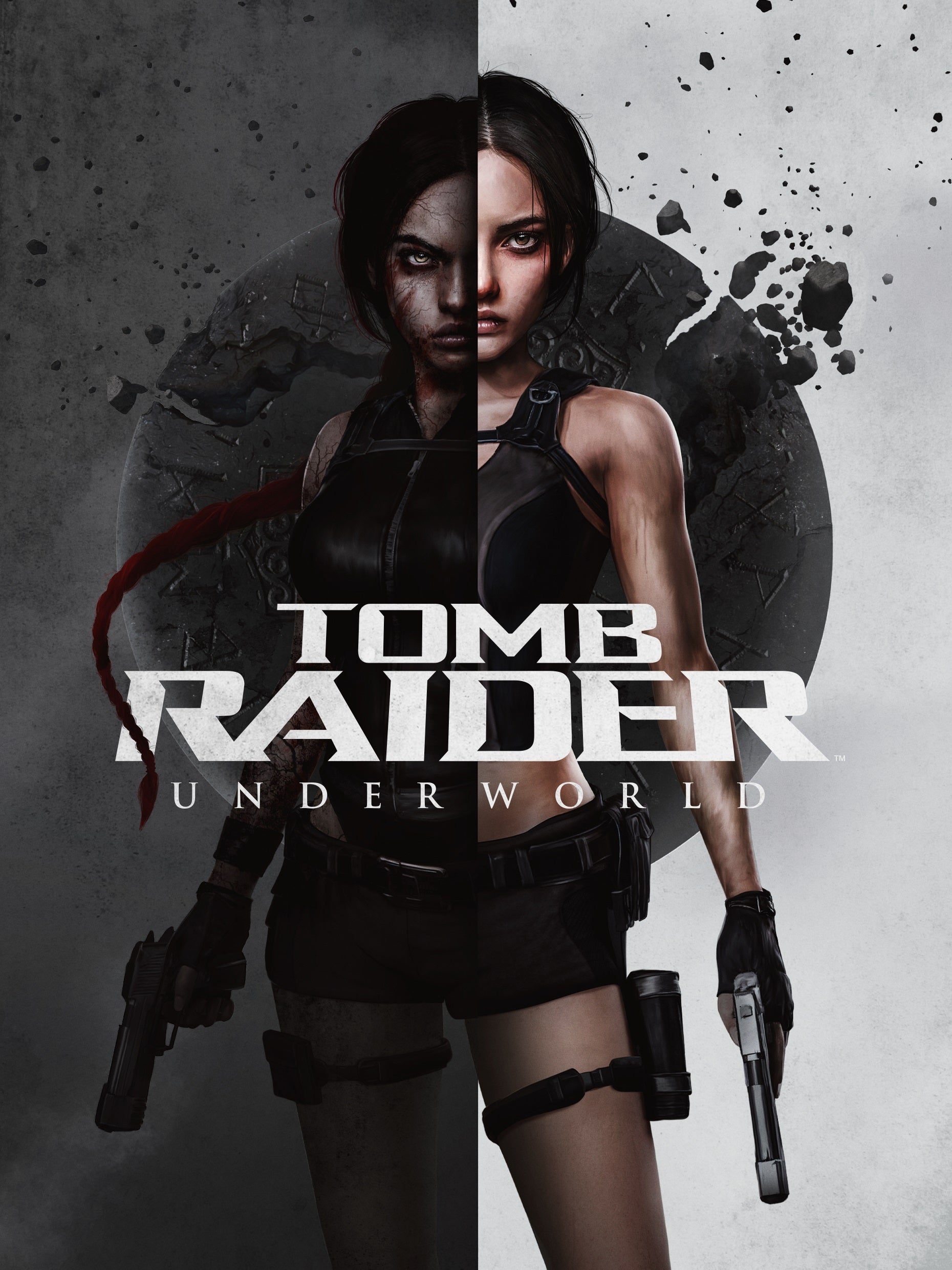 When asked about her inspiration for this piece, Laura shared:

"The big challenge in reinterpreting the artwork for "Tomb Raider Underworld" was Lara in combination with her evil doppelganger.
Both look almost the same, but are fundamentally different, and it also had to be clear that this is not a "psychological doppelganger", (i.e. the dark side of Lara herself), but that this is an independent character in the game.

Inspired by old movie posters, I moved the two characters close together, creating a classic "adversary" look. However, I slightly offset them so that they are perceived as two different people. The stone fragment in the background shows various Norse runes, which refer to the main relic (Thor's Hammer) in the game.

So my goal was to depict two strong female characters: Lara Croft, as brave and courageous as we know her, and Lara's evil doppelganger, who watches her from the darkness."

You can download the full suite of versions for mobile, desktop and social below. And don’t forget, you can print your own cover and pop it in your Tomb Raider: Underworld case for a fresh look! 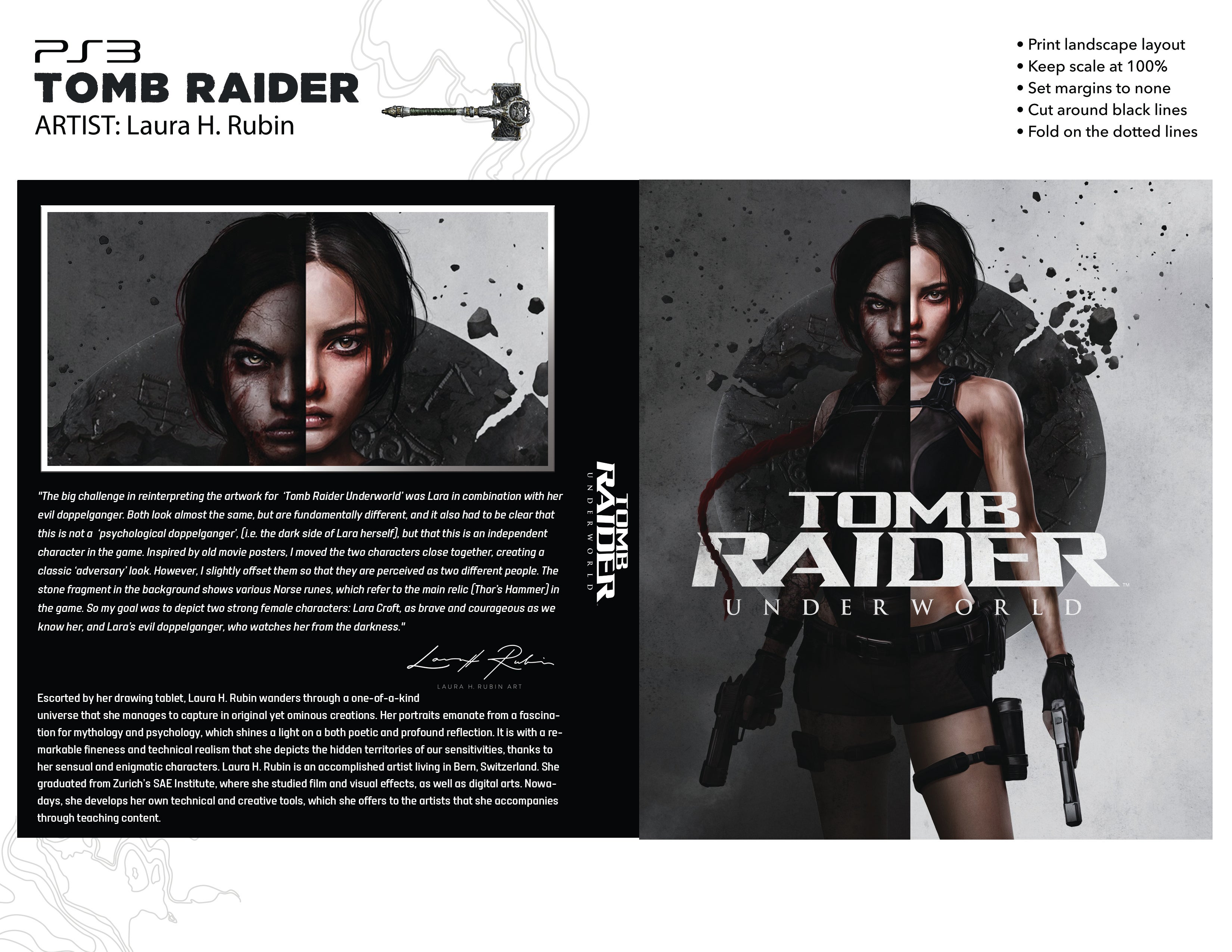