When we released the first piece in our reimagined box art series by our very own Franchise Art Director, Brenoch Adams, we were thrilled to see the community's reception! Although we couldn't dedicate an entire month to Tomb Raider: Anniversary with our scheduling, we knew fans adored it too much for us to not celebrate it at all.

We will still have some Anniversary activations sprinkled throughout Legend and Underworld months, including this reimagined box art!

If you ever get to talk shop with Bren, you'll know just how much thought he puts into every last detail of his craft. One of his favorite words is 'DNA' in that, he finds a lot of importance in fans being able to instantly identify what an artist is trying to convey based on specific elements from a game or franchise. 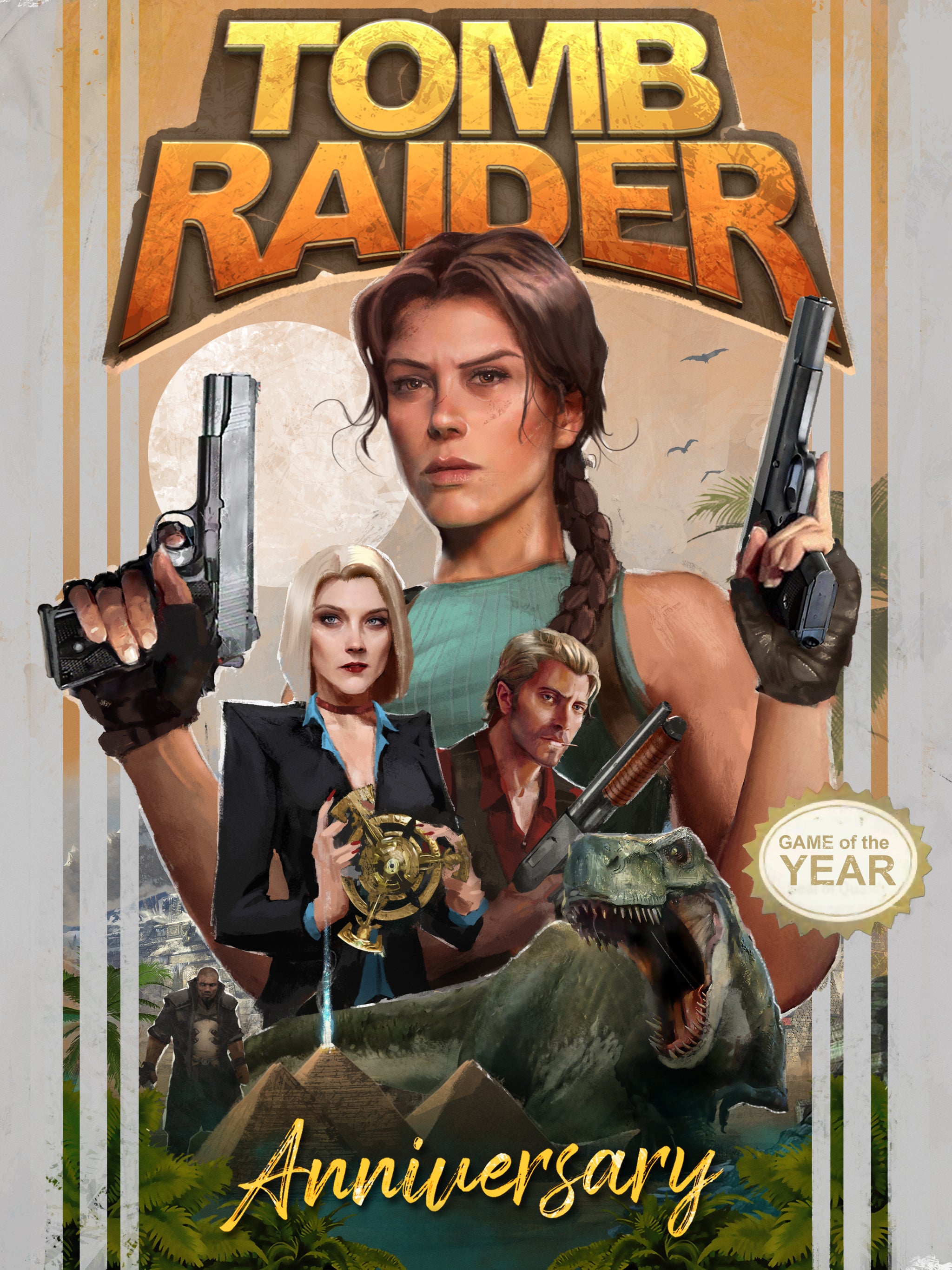 His anniversary reimagining actually started as an initial comp for the Tomb Raider (1996) reimagining before being fully polished into this - that he just whipped up 'for fun'. When he showed it to us, we were blown away. So while the piece for '96 was epic on its own, we couldn't forget this one for its retro charm and we're glad it was brought to life for the fans to enjoy.

Learn about Bren's inspiration for this vintage look:

As a young kid, there was nothing more exciting than going to purchase a new video game with my parents. The titles were not surrounded by trailers or hype, just a glorious piece of cover art and a few screenshots on the back of the box packaging. This Tomb Raider Anniversary piece is inspired by the retro cover art that I was continually captivated by when selecting a game.

Lara is accompanied by my interpretation of Larson, Natla, Kold, and other prominent features from the game in a loosely styled approach. I often kept the box of the games as well, replacing the cartridge back after playing. The boxes would become creased and worn from hours of use, but I always treasured them as my most prized possessions.

You can download the full pack of wallpapers, social banners, and the printable box art here. Be sure to share your updated game cases with us on social using #TR25! 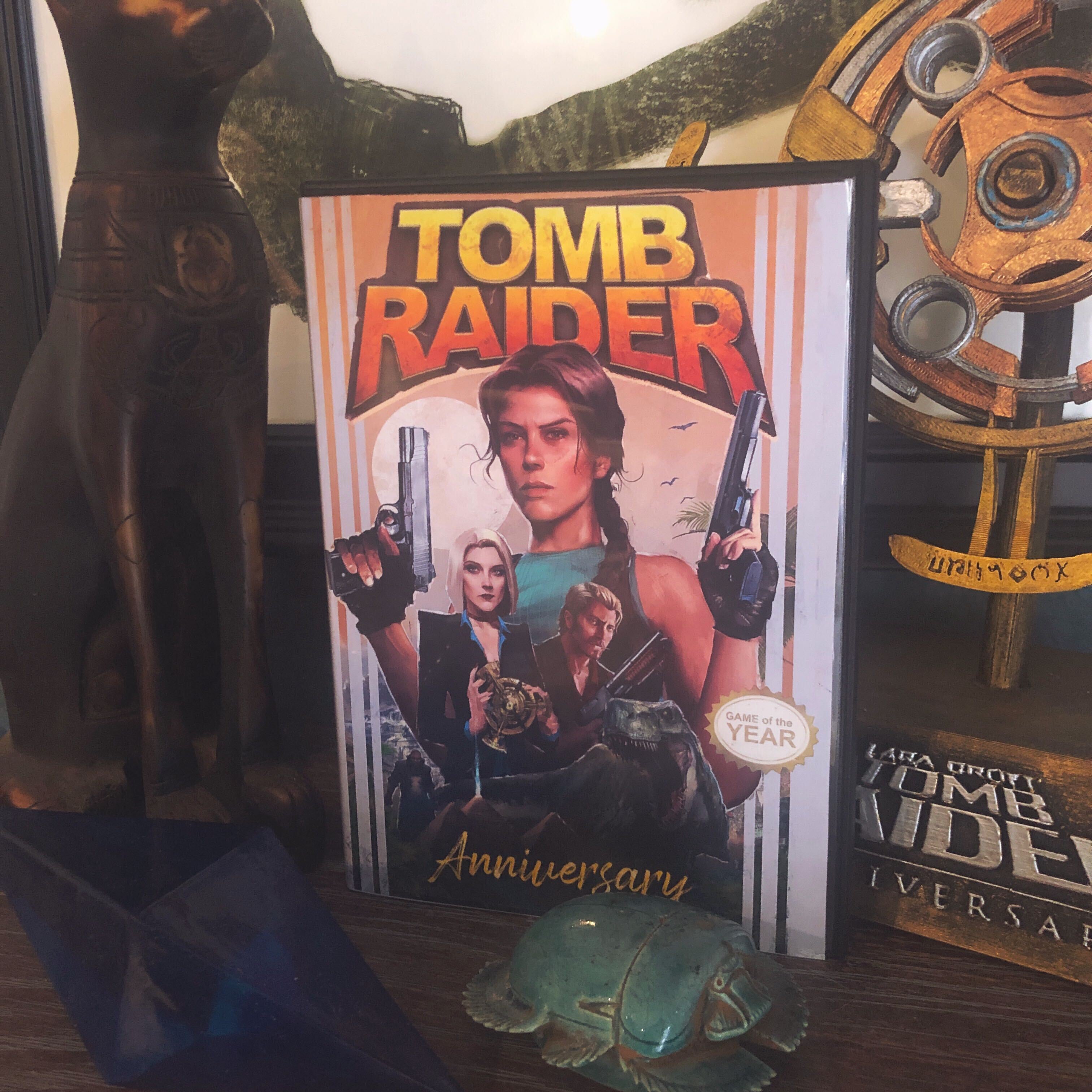 We will be releasing Tomb Raider: Legend's reimagined artwork towards the end of the month - and if you haven't already checked out the 4 stellar reimagined pieces for The Angel of Darkness by community members, be sure to check them out!