Today we are featuring João, but you may know him as Jho_correa on twitter, whose take on Lara’s Parisian adventure is delightfully dark and gothic. 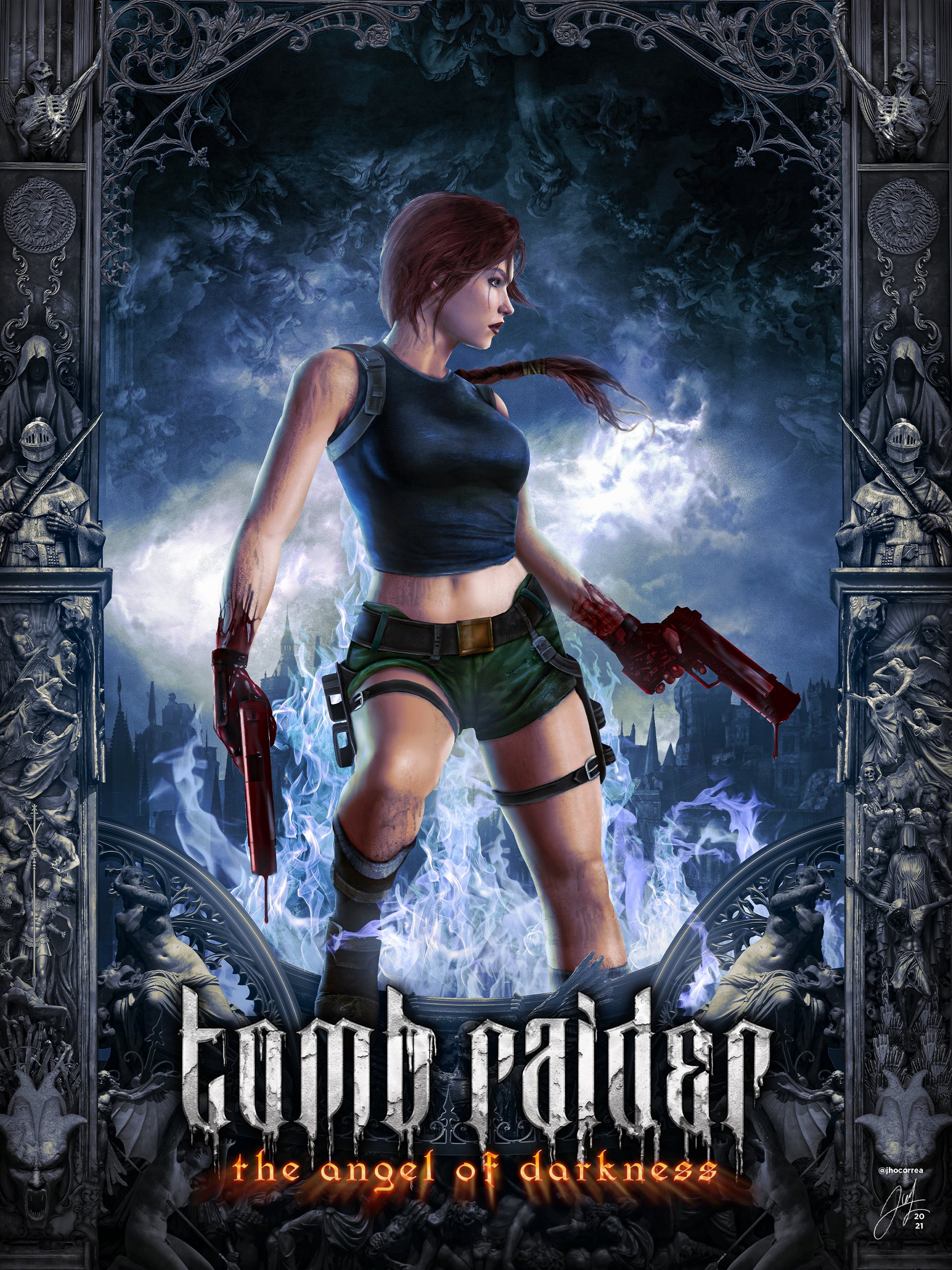 Below, João shares his long history with the series and breaks down the other video game art styles that inspired his reimagining:

My name is João. I’m a graphic designer from Brazil. I’ve been doing graphic design for over 10 years now and illustration has always been a great passion of mine. I started creating digital art and designs back in 2008 because of the ‘Tomb Raider Underworld fan artwork’ thread on Tomb Raider Forums. That’s where it all started for me, and I was able to graduate design school and make my living off of it. Doing this piece for the 25thanniversary it’s an honor to me. I feel like everything came full circle and I couldn’t be happier. It feels like a dream. I have been a Tomb Raider fan since the late 90s and this franchise is something I am so passionate about that it became part of who I am. I learned so much and met so many people because of it. I’m still amazed at how life changing a videogame can be and I am happy to be now officially part of the 25th celebration. Thank you for having me!

Needless to say, João's love for the franchise shines through in both this piece and his story and we're really happy he agreed to work with us! The thing we love about this reimagining series the most is how diverse different artists styles can get and how each piece has a story behind it. We asked João about his own inspiration and he had much to share!

So for this piece I wanted to focus on the gothic aesthetic present in the game. Instead of doing something completely new, I decided to go back to what made the original cover so striking to me.

The iconic blue fire, the iron gates opening behind her, the European panorama at the bottom and Lara’s striking figure standing ever so heroic right in the middle of the scene. I was heavily inspired by the arts of Nekro, Bill Elis and Kilian Eng. I also took inspiration from other videogames such as Bloodborne, Castlevania and Blasphemous, and I made sure to make these inspirations obvious. I love make game cross-overs using their aesthetic elements. The baroque-like carvings on the sides are supposed to tell a story. On the left side we have Eckhardt being banned by the Lux Veritatis, while on the right we have a sort of resurrection through the dark arts. He is ascending! Out of the depths of his imprisonment, into the 21st century. The black alchemist lives in a world of today. At the bottom I tried to use sculptures that represent despair and chaos. Having Lara almost walking over it, it’s supposed to represent her journey to clean her name and put things right (and remove the thorn in her side in the process, am I right?). The blood covered hands were...A choice. I was unsure if it was a good idea to cover her iconic duals in blood, but decided to go for it anyway because it adds to the whole story. It was an absolute joy to work on this! Turned out to be one of my favorite pieces I have ever done, and I hope from the bottom of my heart that everyone else enjoys it just as much as I do.

João is the second of four community artists we are featuring this month to celebrate Angel of Darkness. Now check out Caleb Groves’ unique, stylized take on the box art. You can download different version's of João's piece, here!