We're officially in the Survivor Trilogy celebration months as we approach the end of the year. Starting off in 2013, Lara's origin story began with shipwrecks, and a lost island in Japan.

Known by many who enjoy games, we couldn't be more honored to have worked with the legendary artist himself, Yoshitaka Amano.

Yoshitaka Amano is a Japanese artist, character designer, illustrator and a theater and film scenic designer and costume designer. He first came into prominence in the late 1960s working on the anime adaptation of Speed Racer. Amano later became the creator of iconic and influential characters such as Gatchaman, Tekkaman: The Space Knight, Hutch the Honeybee and Casshan. In 1982 he went independent and became a freelance artist, finding success as an illustrator for numerous authors, and worked on  best-selling novel series, such as The Guin Saga and Vampire Hunter D. He is also known for his commissioned illustrations for the popular video-game franchise Final Fantasy.

As he has never drawn Lara before, we knew Amano-san's interpretation would be unique to anything we've seen before. To add a finishing touch to this piece, an illustrated logo was added by our very own Franchise Art Director, Brenoch Adams. 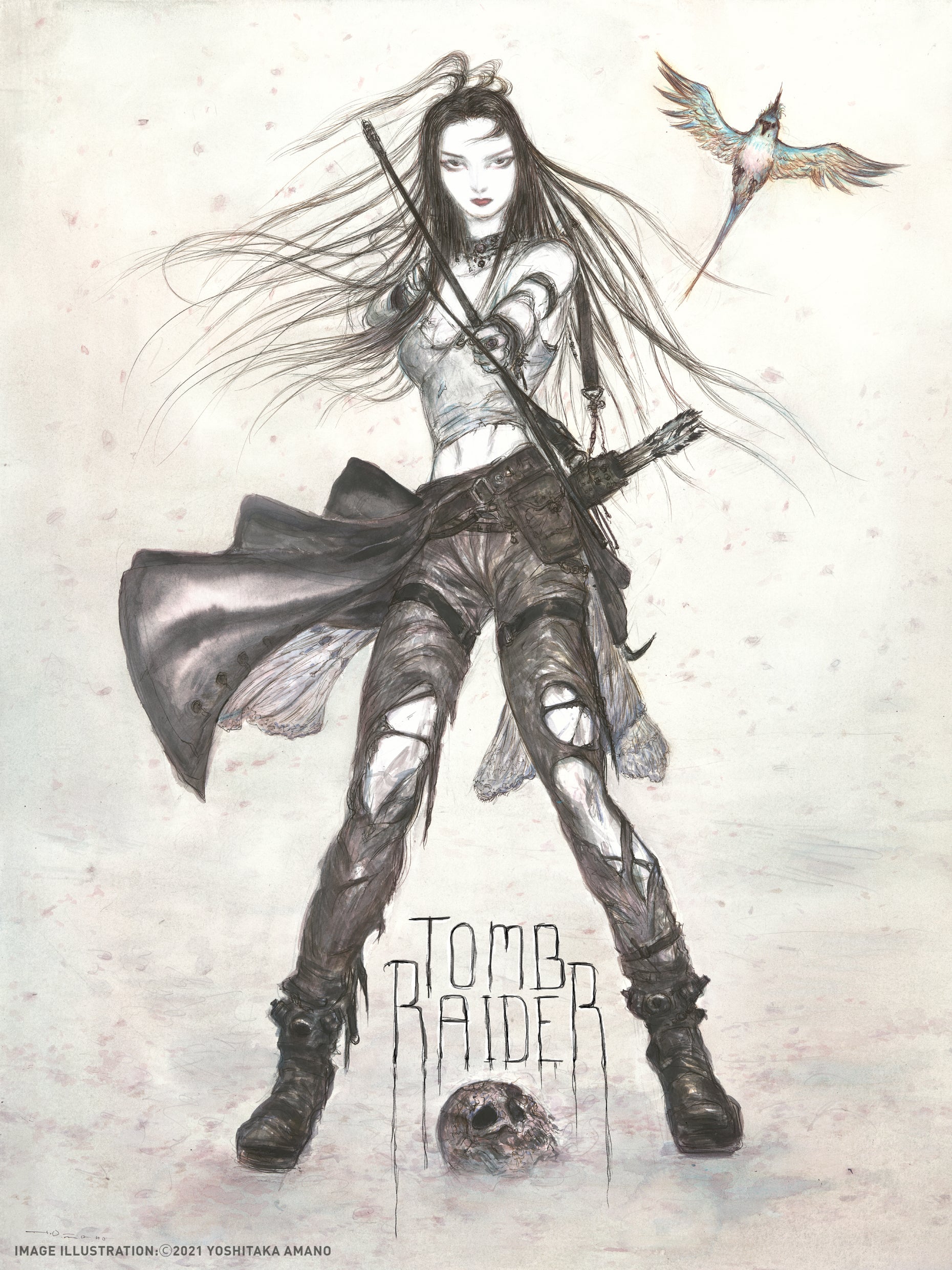 Unlike most of the reimagined art we've seen this year, Amano-san only paints and draws on a canvas. He had a vision of what he wanted to express as we were describing the game to him, and he was eager to start painting!

"Congratulations on 25 years of Tomb Raider. When working on the world-famous game character Lara Croft, I thought about how to express her features as a Japanese artist. I decided to create a sumi-e (ink wash painting) atmosphere with a dignified Lara. I also added a cherry blossom petal treatment in the background. I hope game development teams and fans will all enjoy it."

You can see more of his incredible art at www.yoshitakaamano.com/, or on Instagram.

Download the full suite of versions for mobile, desktop and social below. And don’t forget, you can print your own cover and pop it in your Tomb Raider case for a fresh look! 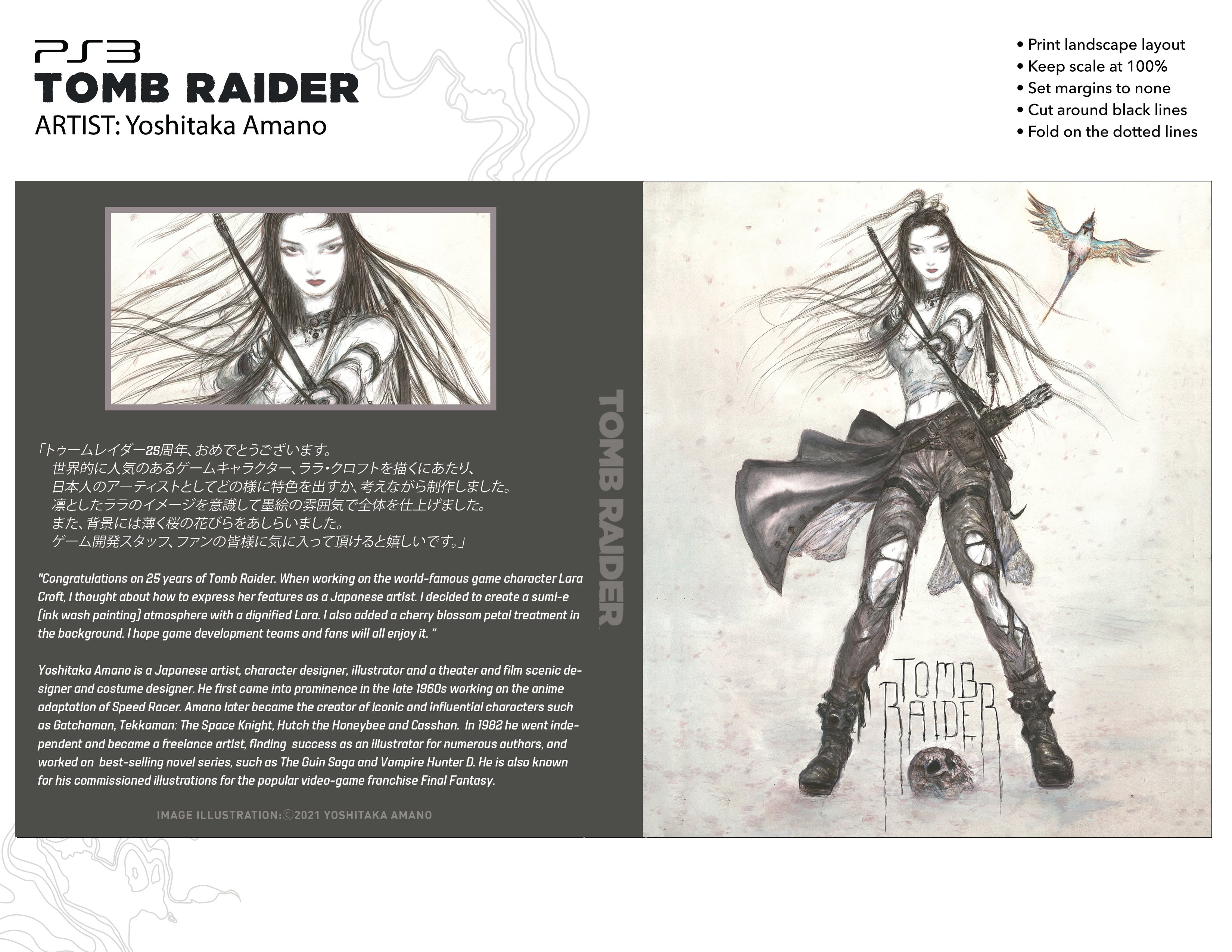