We’re on to Tomb Raider II in our year-long project reimagining box art from Lara Croft’s past adventures. The series will showcase the iconic Lady Lara Croft in a wide array of art styles from concept art to comic book, and everything in-between. 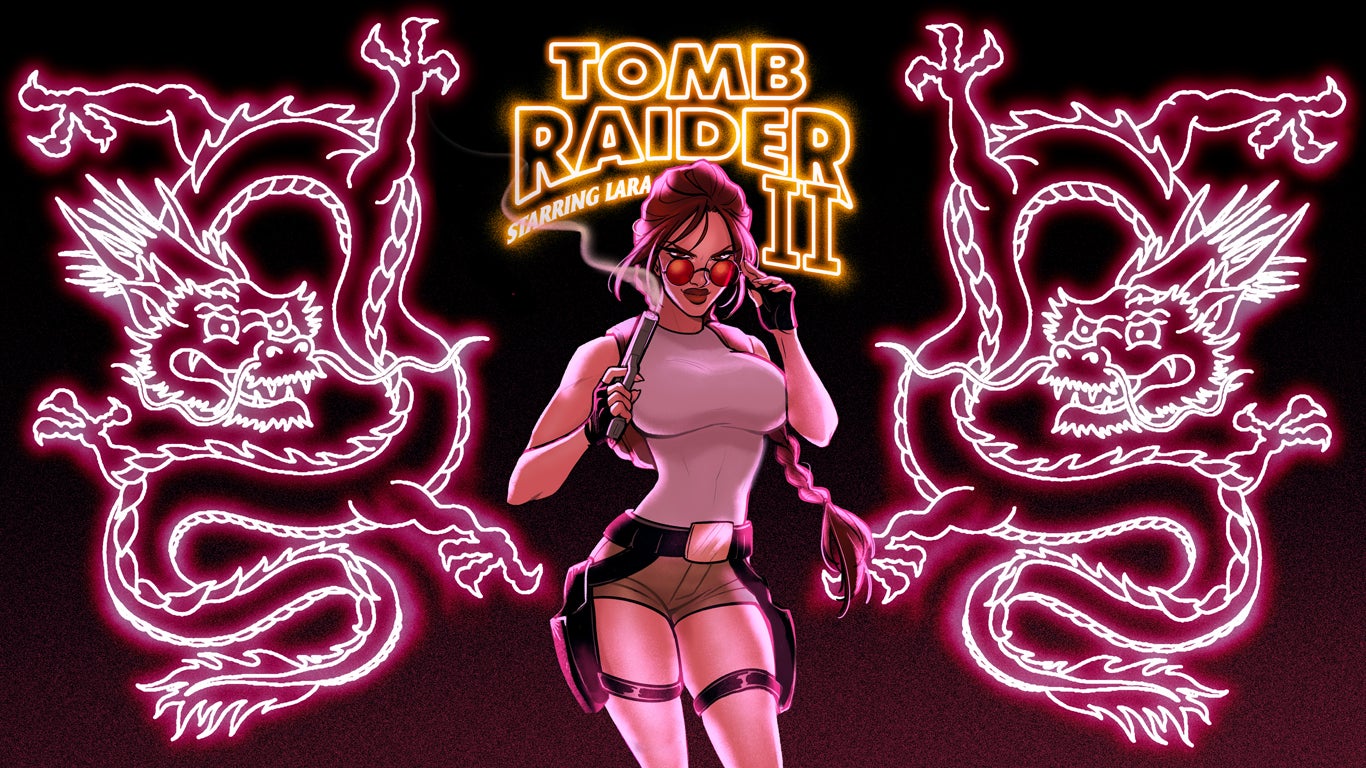 Babs is best known for her work on Batgirl, Gotham City Sirens, and her creator-owned comic Motor Crush. She also just wrapped an Overwatch graphic novel: Tracer - London Calling, and is working on her own merch lines Ultra Melon and co-owned Killer Curves. Babs is a mega-Tomb Raider fan and was eager to claim Tomb Raider II for her own – the first title in the series she played:

“Tomb Raider II was one of the very first video games I've ever played. I unknowingly played the demo and when it ended and I realized I didn't have the whole game I was heartbroken - but I'll never forget putting the butler in the freezer! Lara Croft will always hold a special place in my heart.”

Babs’ work infuses pastels and pop-art into her own unique style, and we were eager to see how she’d approach a Tomb Raider II redesign. She delivered exactly what we hoped for – a neon-infused tribute to Lara Croft which feels both super 90’s and modern.

“Lara is both badass and a babe, my favorite combo to draw,” explained Babs. “My inspiration for this piece was a mix of the old cover art with my own personal style! I kept a simplistic background and similar character cropping but added her iconic red sunglasses for extra flair. I updated the logo and dragons with a neon treatment to both fit my style and make them feel a bit more modern. I hope everyone has as much fun seeing it as I did creating it!”

You can download a zip file of desktop wallpapers and social banners featuring Bab’s work here. Also, don’t forget you can also print the piece and pop it into your game case for an updated look! 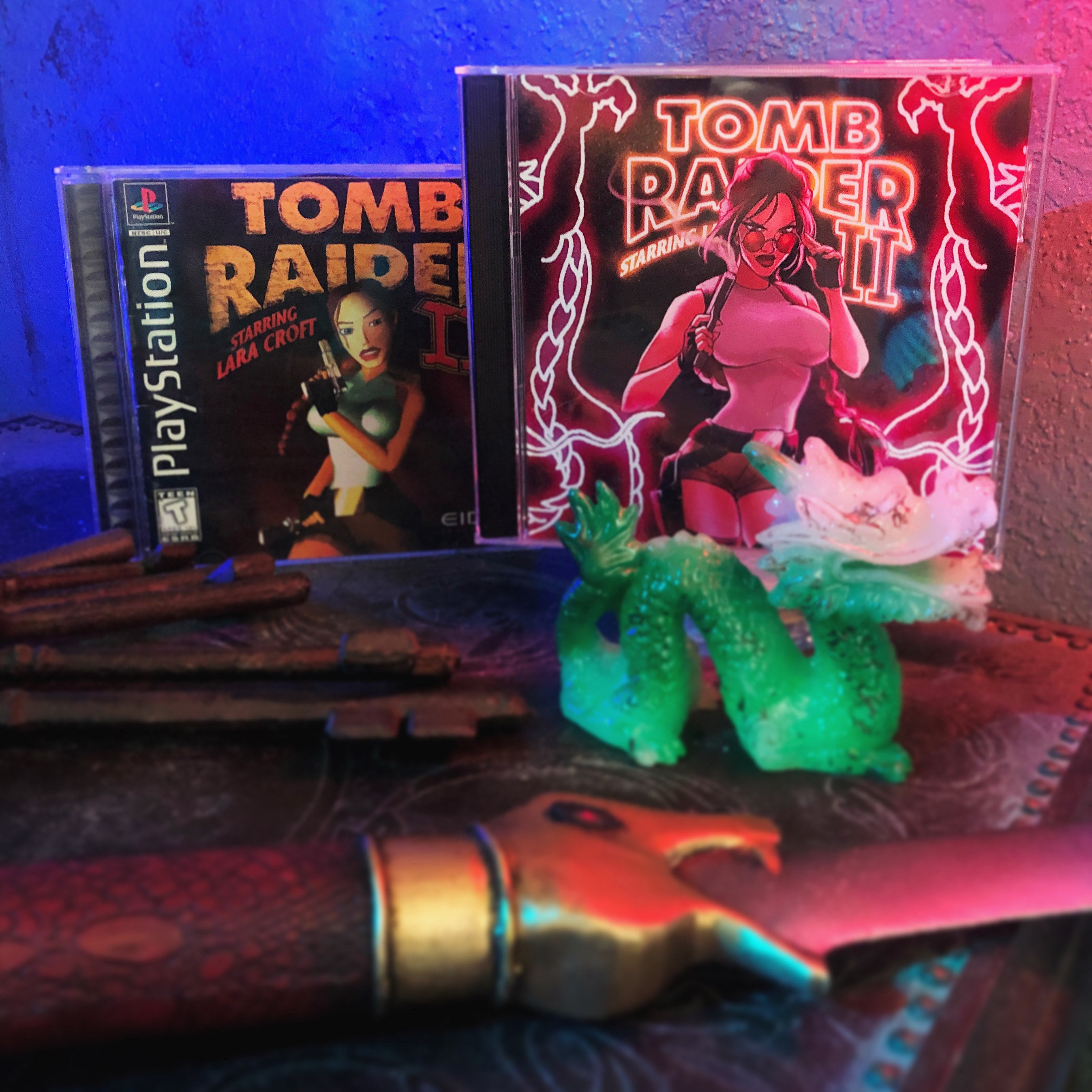 (Dagger of Xian by Xeno-Morpheus)

If you missed our Tomb Raider (1996) redesign by Brenoch Adams, check it out here!