The tease was quickly followed by a full reveal of the stunning statue concept art, which may or may not still be our mobile phone wallpaper. 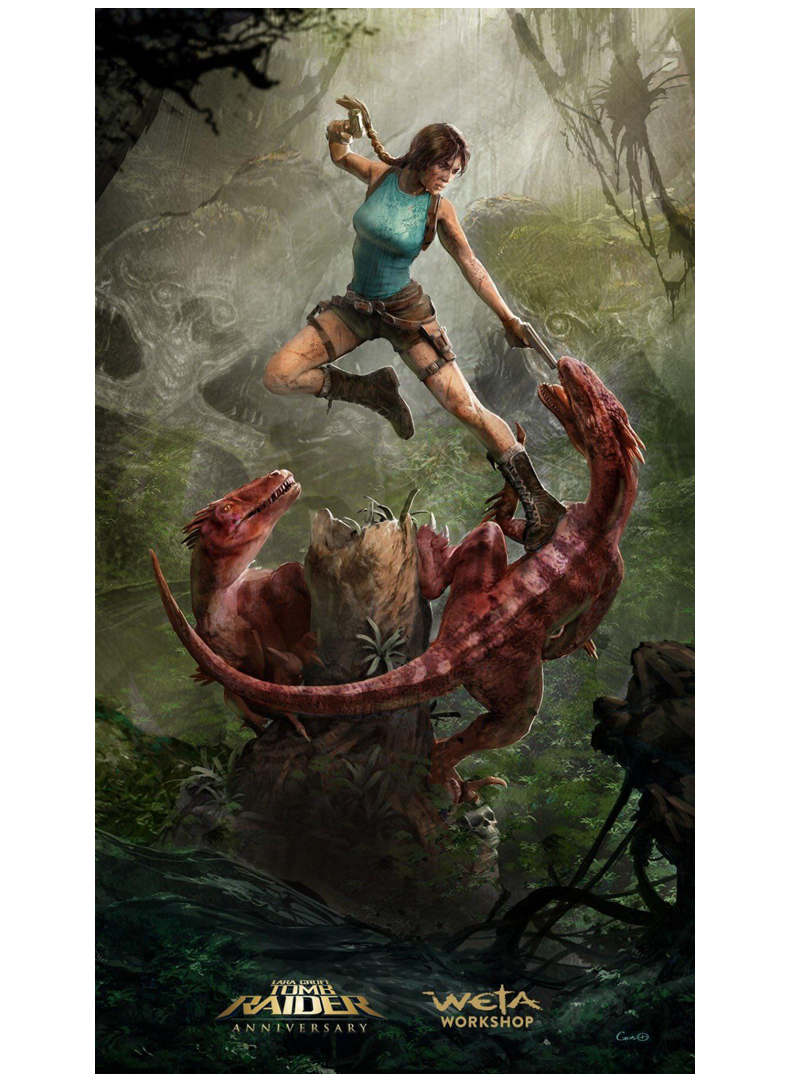 The art was crafted by their Senior Concept Artist Gus Hunter, who perfectly captured Lara’s acrobatic assault on the raptors hidden deep within the mountains of Peru.

Weta are no strangers to the Tomb Raider franchise and we are thrilled to be working with them again! They previously produced a Shadow of the Tomb Raider 1:4 scale figure dubbed Lara Croft Queen of the Jungle, which showcases two apex predators in a single statue. 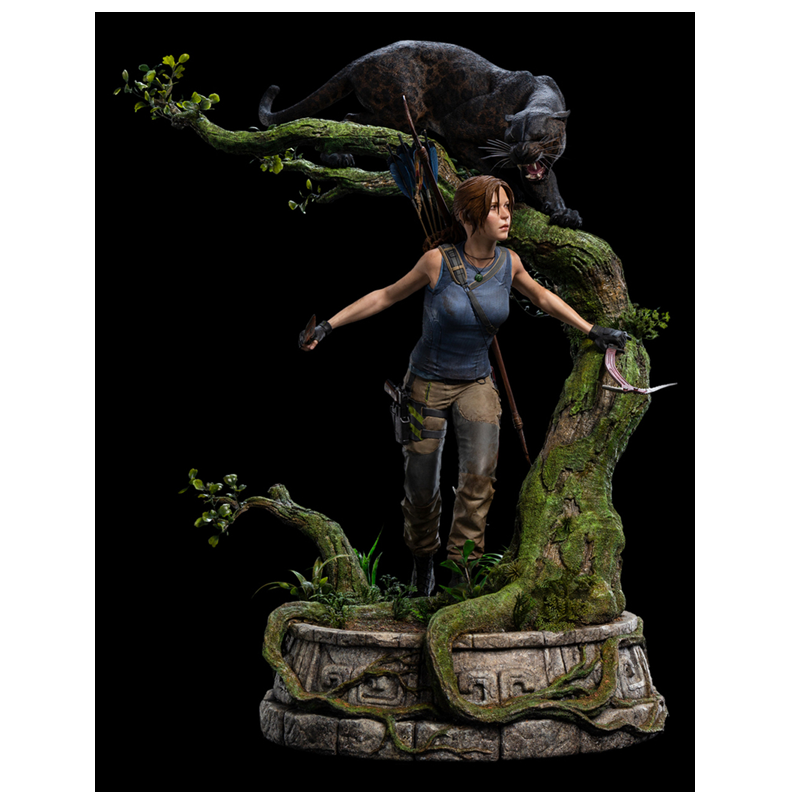 While the limited-edition statue is currently sold out, replicas of Lara's Shadow of the Tomb Raider bow and jade necklace are still available via the Weta Workshop website.

We can’t wait to show you the first look at the fully painted The Lost Valley statue at a later date!