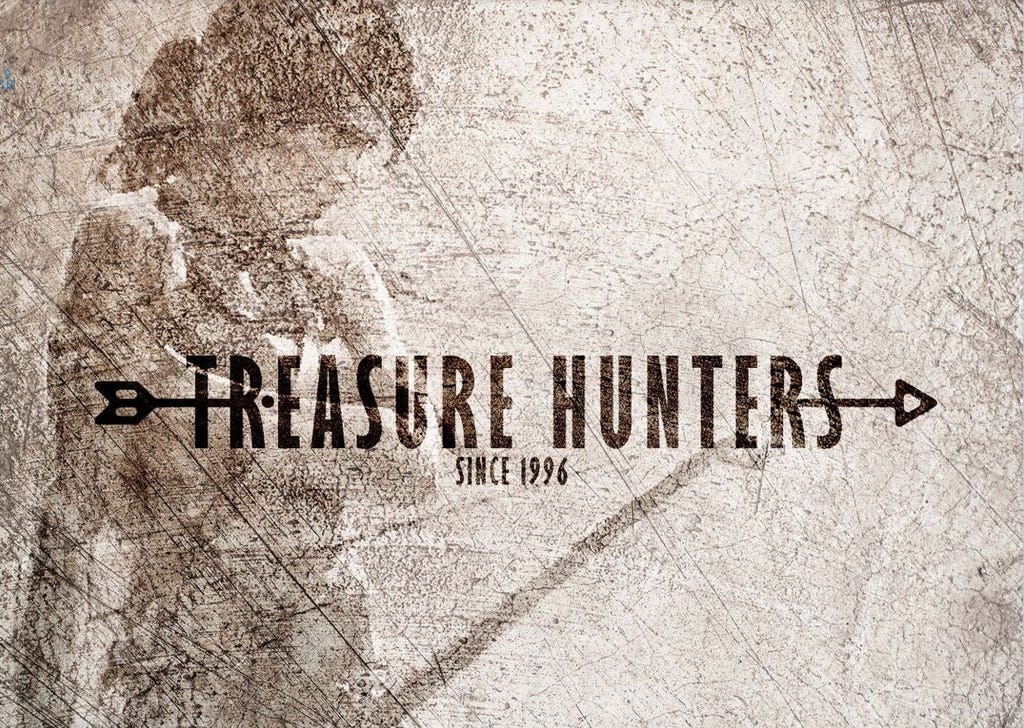 After the events of Yamatai in Lara Croft's first adventure in the Survivor trilogy, our protagonist must face the internal problems that this trauma caused in her life and in the search for the truth that plagues the Croft family, that is why that the title that we analyze next is called “Rise of the Tomb Raider” (2015). In our monthly section "Treasure Hunters" we will analyze the impact of this powerful title developed by Crystal Dynamics, through collectibles based on the game. If last month you missed our tour of the previous installment; "Tomb Raider" (2013), I encourage you to take a look to continue the plot line of our story. We begin.

Rise of the Tomb Raider was announced at E3 2014 and the information about it was expanded on at Gamescom in August of that same year. The announcement of the new Tomb Raider game set the social networks and official forums on fire, because to everyone's surprise, an exclusive collaboration was announced by Microsoft where the game would temporarily monopolize their consoles (Xbox 360 and Xbox One), leaving the rest of the platforms aside (PC and PS4) that had to wait another year to enjoy it. This last detail was not disclosed at the time, causing fans to disagree with the decision and threaten to boycott the title. In addition, in August of the current year (2021), a former Square Enix and Xbox employee, Fabien Rossini, leaked to the press the figure that Microsoft paid for this temporary exclusivity after having worked himself to get the amount, which amounted to the 100 million dollars making the production of Rise of the Tomb Raider practically free for Square Enix and with it the most profitable game in the history of the franchise.

The title had a more traditional and shorter production cycle than the previous one, since despite the multiple changes and technical improvements they applied, they already had a base from which to work. On this occasion, Crystal Dynamics had the help of Eidos Montreal for the development of the online mode of the title, a relationship that would be even closer with the future delivery of the license, Shadow of the Tomb Raider. The game's engine, Foundation, delivered great visual and technical results as Lara went from 35,000 polygons in Tomb Raider (2013) to 200,000 in Rise of the Tomb Raider. All this combined with excellent facial animations and surprising graphics that were the delights of the time.

The writing and storytelling team for the title was re-formed with Rhianna Pratchett as lead writer and John Stafford as lead story designer. They were joined as a third pillar by Cameron Suey, Narrative Designer. The script of the game was based on myths from northern Europe, Russia and China leading Lara Croft to search for the Divine Source and the lost city of Kitezh, a kind of Russian city of Atlantis.

Rise of the Tomb Raider had a smaller sales debut than its predecessor. In the United Kingdom, for example, in its first week it only managed to place 63,000 copies, while Tomb Raider (2013) had figures of 180,000 copies in the same time. The reasons for this great difference can obviously be due to the fact that the original release of Rise only reached Xbox 360 and One, in addition to having just shared a launch with Fallout 4, another highly anticipated title. When the game finally arrived on PC, the sales figures registered were much higher than previously seen, on PC it managed to sell in a single month three times more units than the combined versions of Xbox in all its time on the market. It currently has around 11.8 million units sold in total which is ultimately an absolute success.

In terms of awards and recognition, Rise of the Tomb Raider won the WGA for best video game script and the Satellite Award for best action / adventure game. Was also nominated for the Game Awards.

Regarding the merchandising of the franchise with this great game, we are going to analyze below a selection of some of the most curious and rare objects that were released with the promotion: 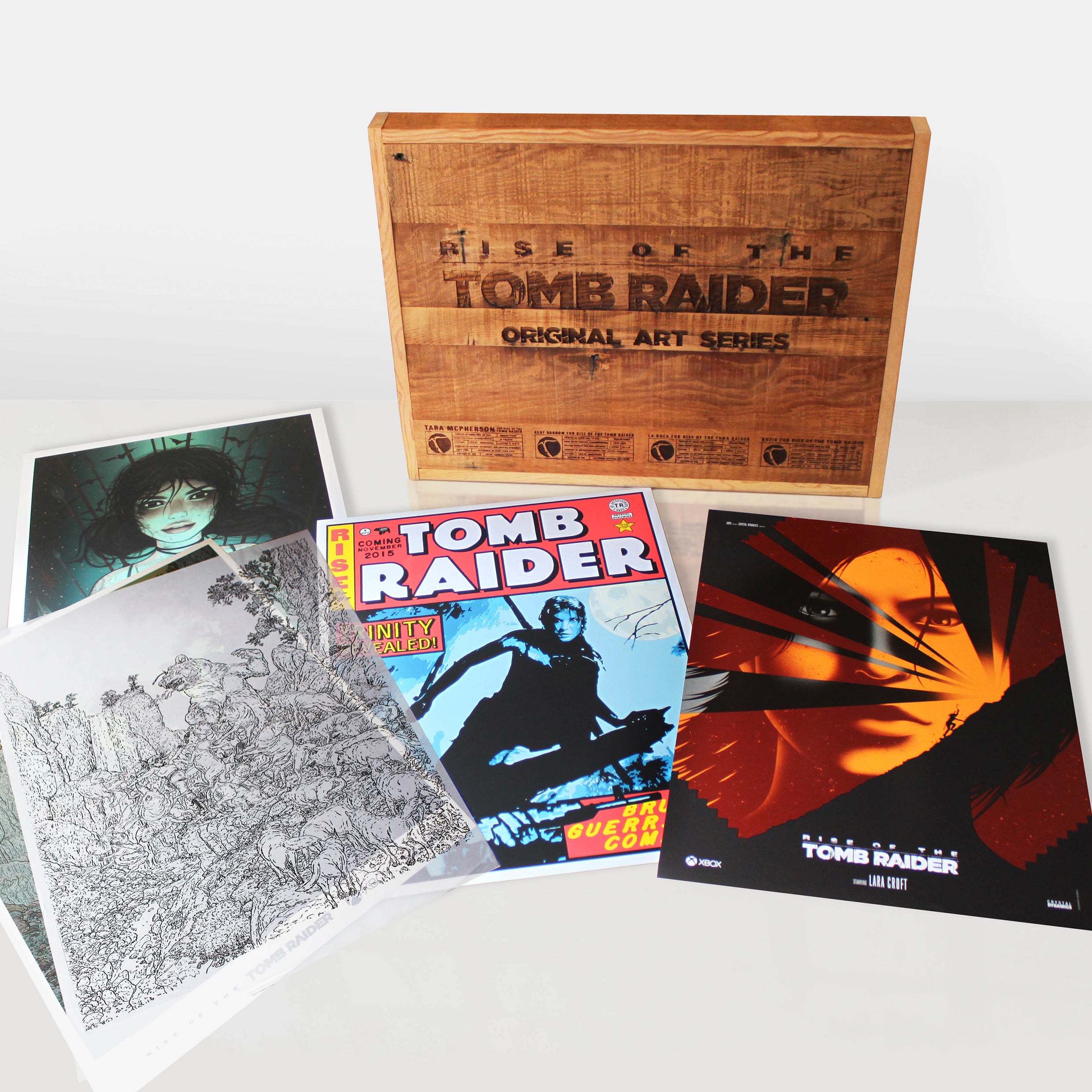 The partnership between Xbox and Rise of the Tomb Raider led to an initiative to represent the game through different artists. Each of the four pieces that make up "Rise of the Tomb Raider Original Art Series" was released during an important event where the game was presented, such as Comic-Con or Gamescom. Unique and renowned artists around the world participated in a series of original posters. The invited artists for this initiative were: Tara McPherson, Geof Darrow, La Boca and Kozik.

The titles of the art pieces are as follows:

Although the arts were released online, a very limited series of 100 units   was made with the lithographs in very high print and paper quality within an attractive wooden case carved with the game's logo. This exclusive edition was intended for important personalities from the press and the video game industry, as well as a contest. The piece that I have in my collection is # 38/100. The agency in charge of devising this marketing campaign was Tripleclix, Westlake Village, CA 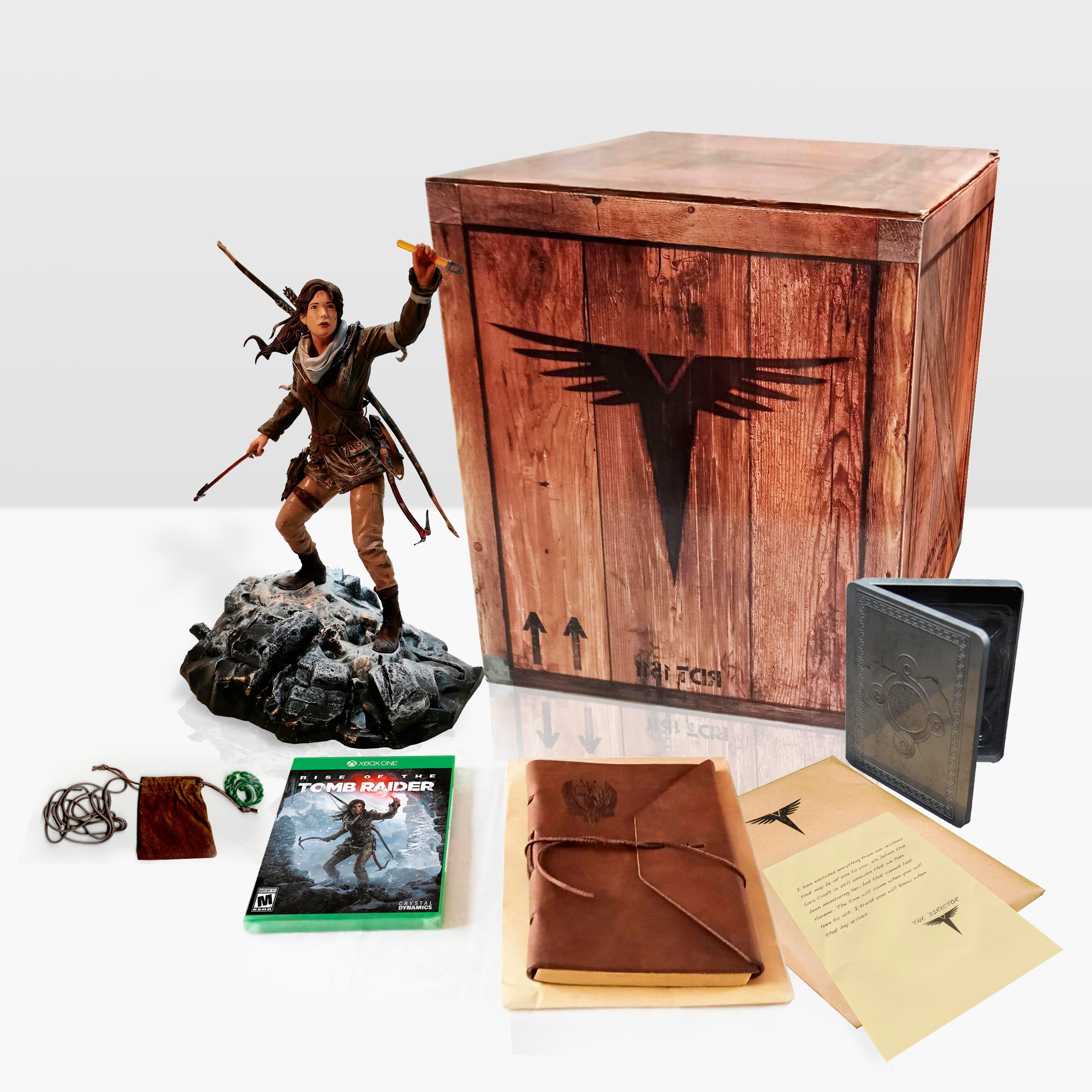 Collector's Edition of Rise of the Tomb Raider for Xbox One, contains the following items: Lara Croft figure, replica of Lara's necklace, physical edition of the game, Lara Croft's journal - Sisters of Artemis, steelbook and a letter from the director of Trinity.

The Collector's Edition was available to pre-order in August 2015 for the price of 129.99€ and was only available to Xbox One players at the time. Only when the PC version of the game was announced in late December 2015 / early January 2016, pre-orders for a PC version became available.

There never was an Xbox 360 Collector's Edition of Rise of the Tomb Raider.

The PlayStation 4 edition went on sale on October 11th, 2016 and although the elements of the collector's edition were the same, the packaging of the product had changed for an ice cube-shaped box (with blue tones) instead from the wood effect box of the PC and Xbox One editions. The price of the PS4 edition was a bit cheaper, 99.99€. 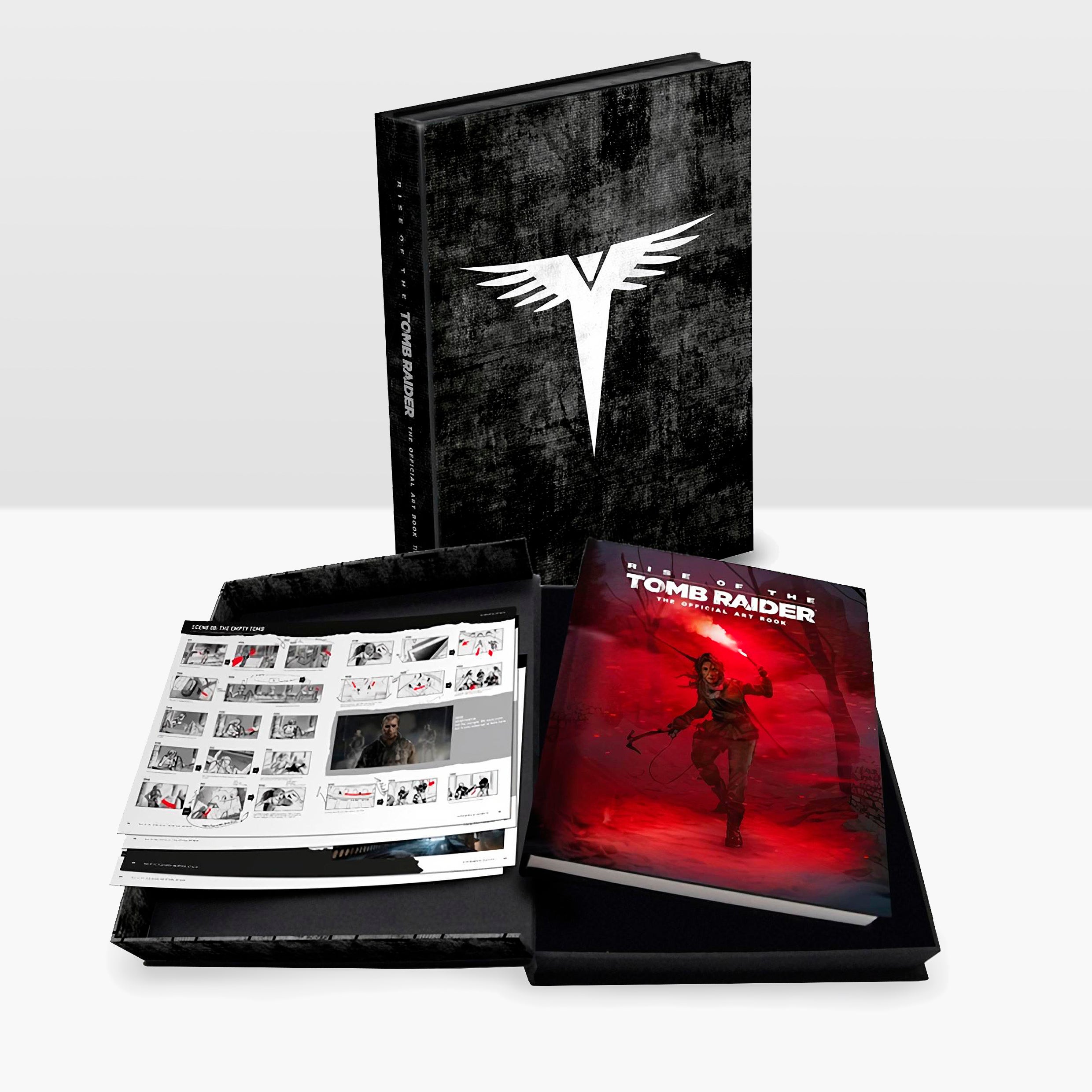 This Rise of the Tomb Raider art book was exclusive to the official store - Tomb Raider Store. The variant dust jacket hardbound book comes in a   clamshell case that is engraved with the 'Trinity' logo. Contains 192 pages   of storyboards of important scenes from the game and 32 pages of commentary with storyboard artist Jeff Adams. This last content that I just named is exclusive to this version. It is a very limited edition where only 1,500 copies were produced worldwide. The price of the book when it went on sale was $70 although today the price has risen significantly and is really difficult to get. 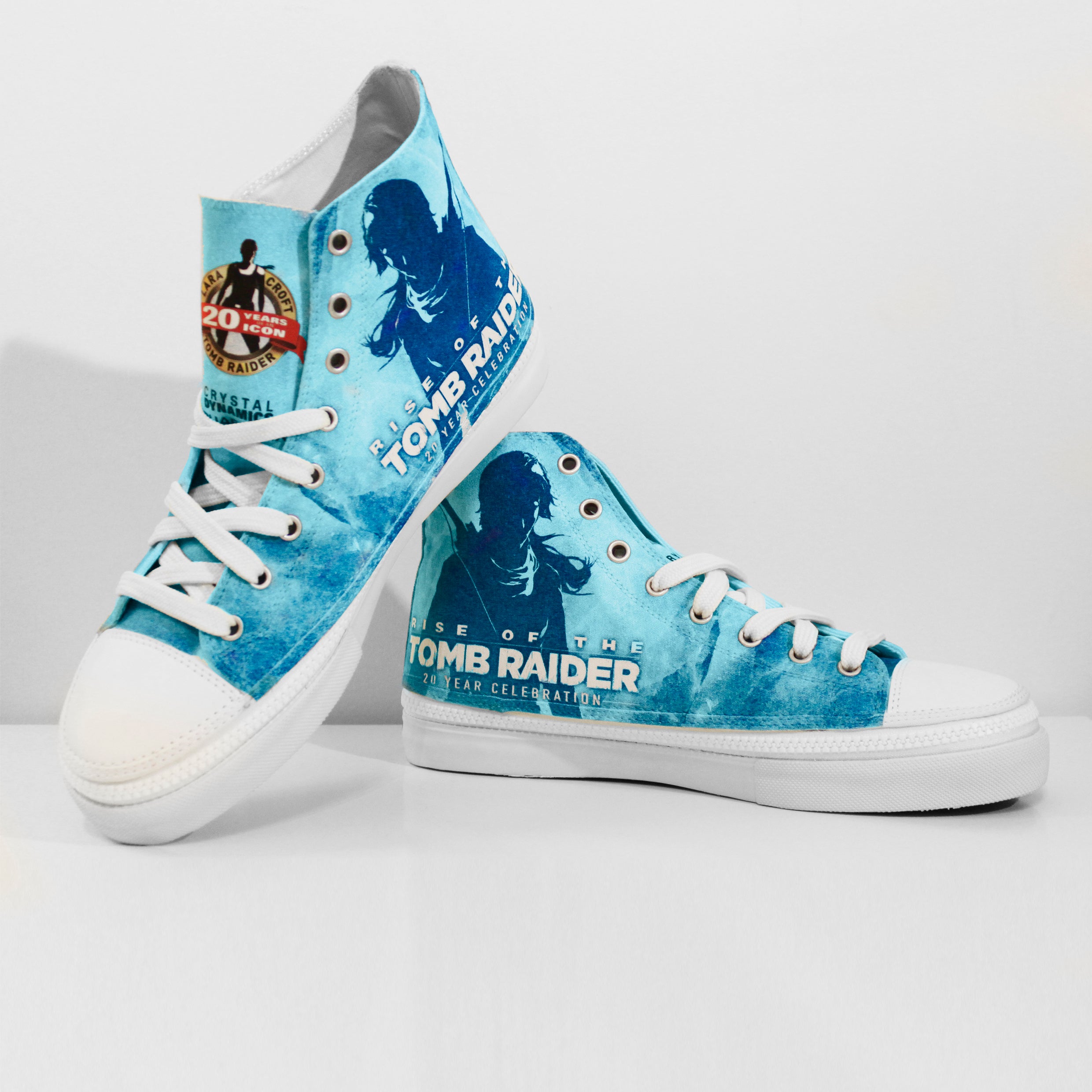 On December 12th, 2016, these shoes were released for sale to commemorate the 20th anniversary of Tomb Raider. They were exclusive to the Gamer Shoes brand. There were 8 different designs in total in white, black and blue. Each design features a drawing on the sides of the shoe and the Tomb Raider 20 logo on the front of the tongue.

These shoes have a unique feature that allows the user to unzip the sole of the shoe to change it to a different design. The store had the option of buying the entire shoe or just the upper.

The shoes were quite expensive when they went on sale, the price for the complete model was $99.95 and if you decided to buy only the upper part, it was $74.95. 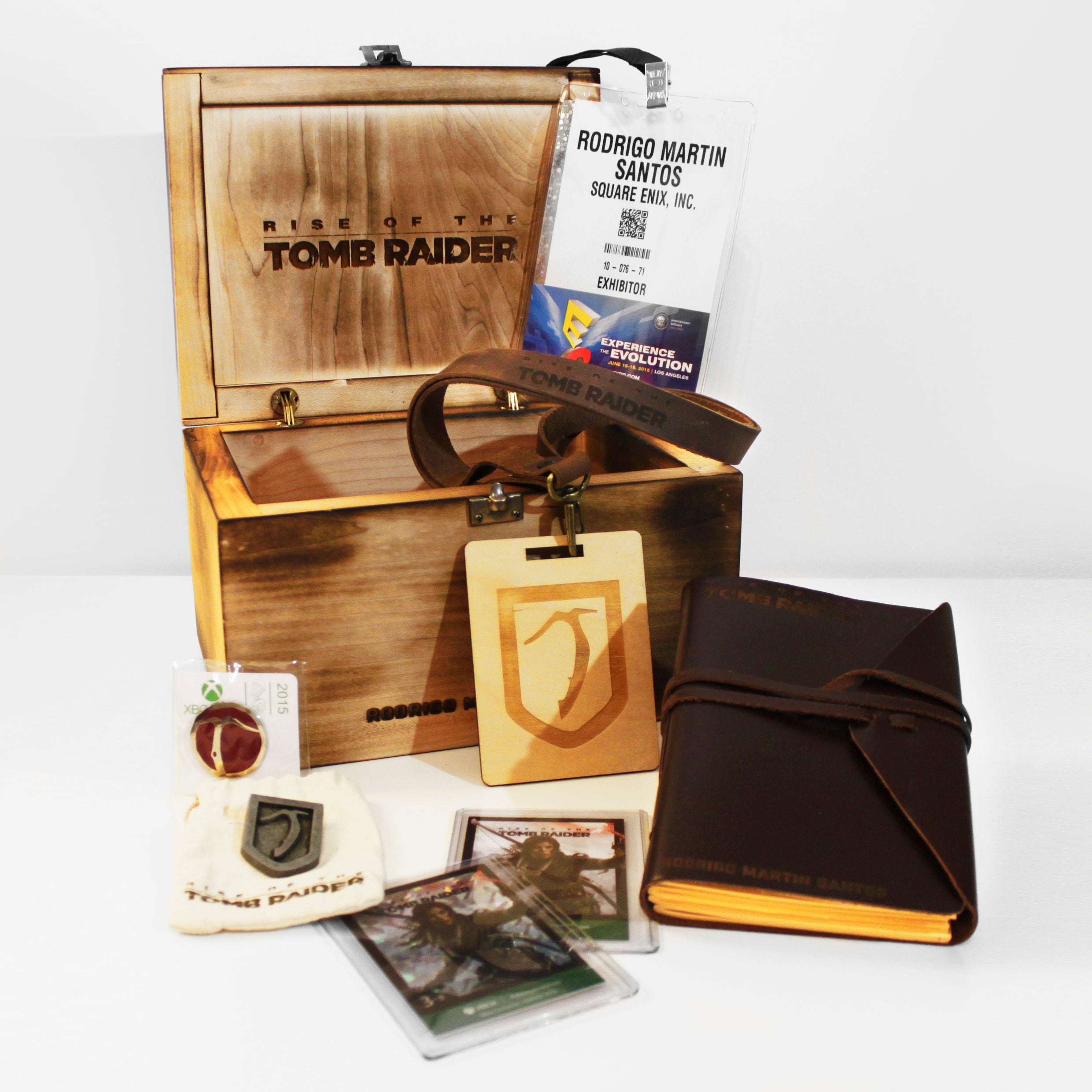 Rise of the Tomb Raider wooden chest with souvenirs delivered by   Crystal Dynamics and Xbox at the Hilton Hotel in Universal City (Los Angeles) to the ambassadors of the official program for E3 2015.

Crystal Dynamics and Xbox selected a number of members from around the world from the official Tomb Raider fansite program to take them to Los Angeles, California, and show them first-hand the Rise of the Tomb Raider game during   the E3 event of this year.

The chest contained the items shown in the photo and as an additional detail, each item had our own name engraved on it. It is possibly one of the best memories I have of related experiences of the franchise, without a doubt the most amazing of my life. It all turned out amazing and I am very grateful for   that. 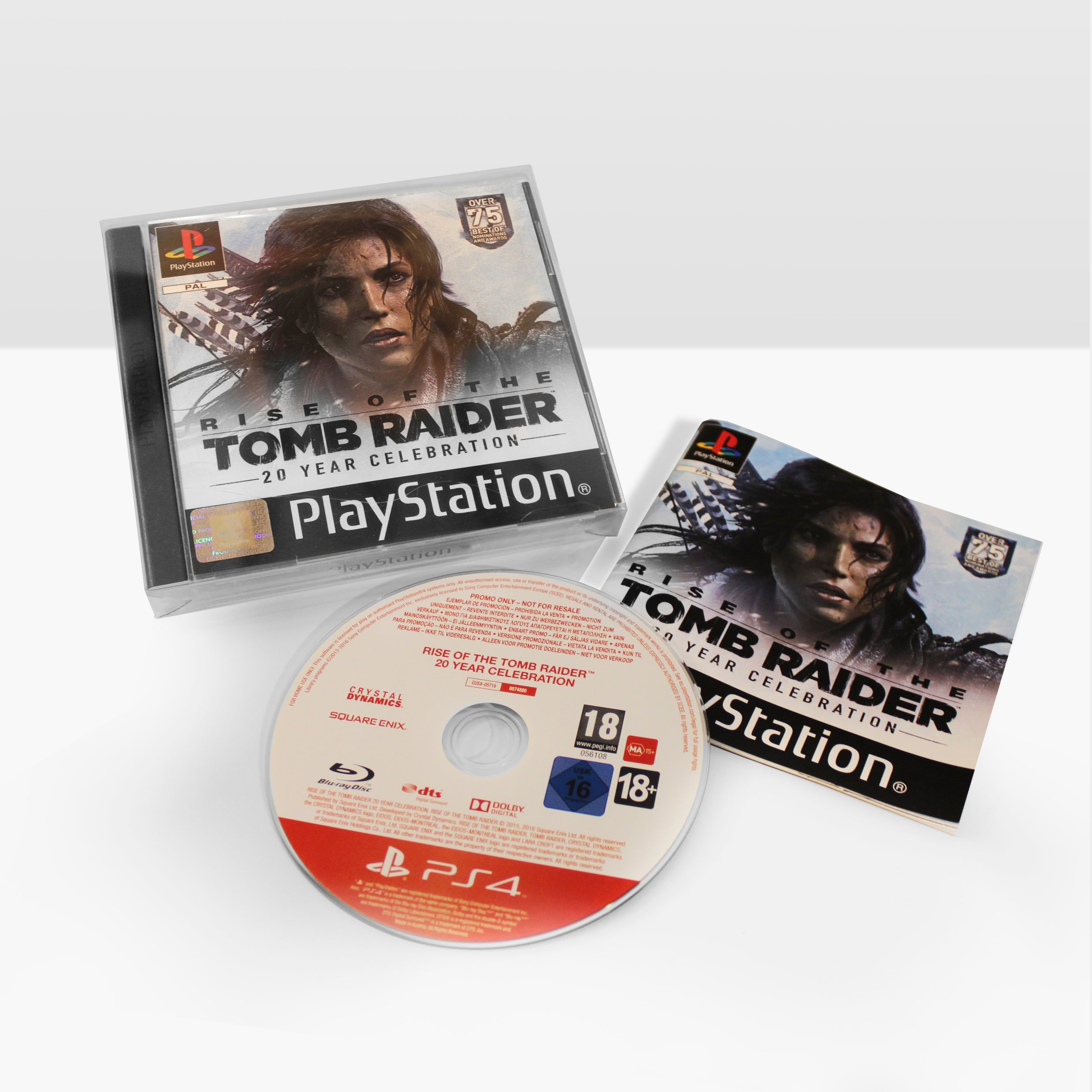 Promotional edition of Rise of the Tomb Raider - 20 Year Celebration for PS4. This edition was really limited at the time because only units were made to be given away to members of the specialized press and some official contest. The most outstanding feature of this edition is that it is inspired by the boxes of the first PlayStation console, giving it a retro air. It contains a complete instruction manual (as it used to be) and a “Promo only - not for resale” disc.

This exclusive edition has suffered many counterfeits on sales websites such as Ebay, you can recognize an original edition as long as it contains the original manual and the PlayStation certification seal on the cover. 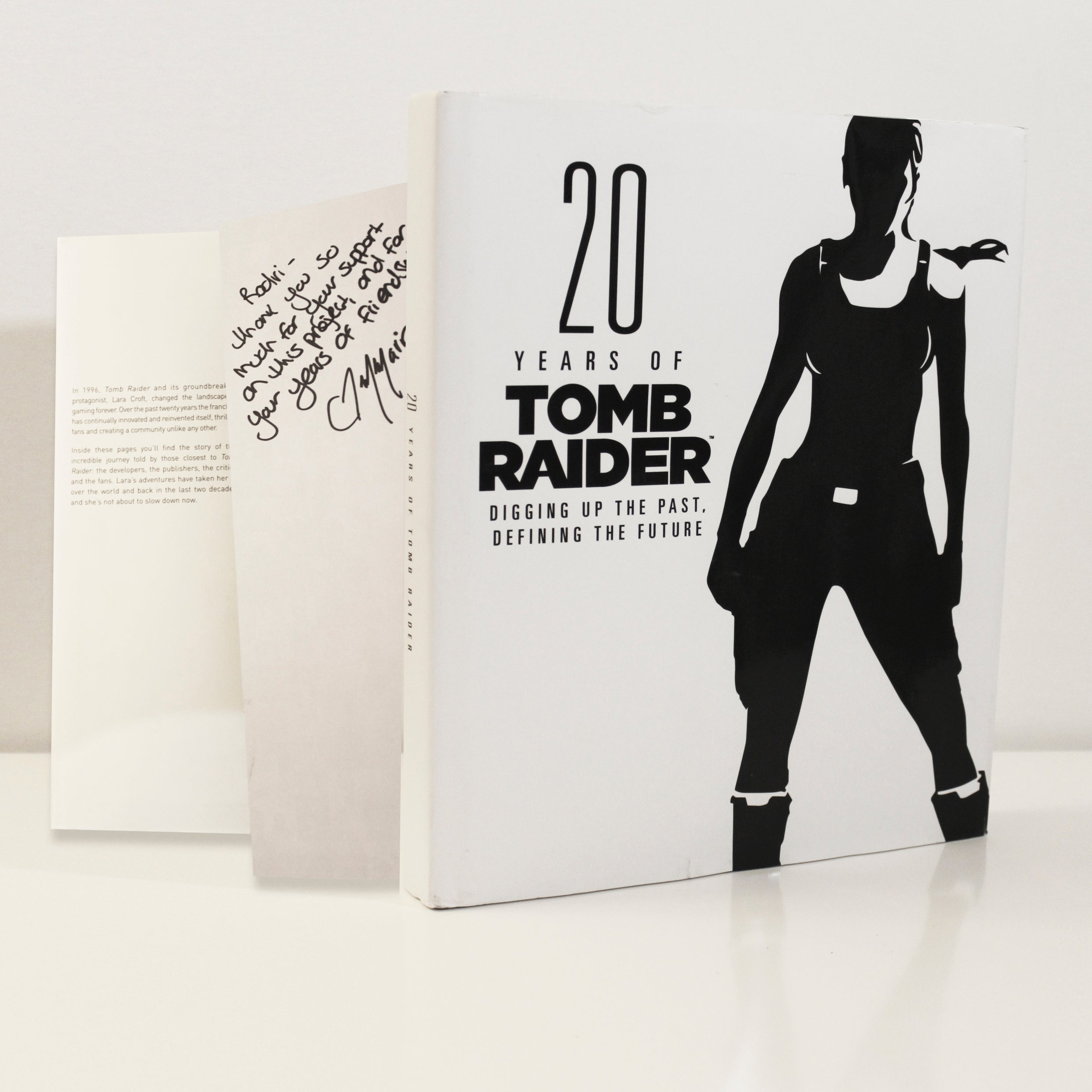 Book written by Meagan Marie (Director of Community and Social at Crystal Dynamics) and published on October 26th, 2016 entitled “20 Years of Tomb Raider - Digging up the past, defining the future”. The book collects the entire history of the Tomb Raider license since Lara Croft was conceived in 1995 before the release of the first Tomb Raider until 2006 with Rise of the Tomb Raider.

In addition, the book contains chapters of canceled games that are sure to be of interest to the most die-hard fans. Following the games is the comics and printed media and then the movies. The movies section contains interviews with key members of the crew and mingling them with interviews of the casts from the movie’s tech manual, souvenir magazine and other books. At the end of the book is a whole section dedicated to the fans, covering cosplayers, merchandise collectors, fanfic writers, fan sites and TRLE creators.

The book contains a total of 360 pages and its original price was 20€, today it is difficult to find it for less than 100€. Undoubtedly a very interesting object as well as revalued over time.

Hope you enjoyed this walkthrough through Rise of the Tomb Raider. I am Rodrigo Martín Santos and if you like Tomb Raider and / or collecting, I encourage you to follow me on my website www.tombraidercollection.com or through Facebook, your support helps me a lot to grow this community of collectors and fans of our beloved Lara Croft. Next month we will reach the final installment of "Treasure Hunters" on the occasion of this 25th anniversary of Tomb Raider and as I imagine you know we will focus on the latest title that our favorite adventurer has given us, Shadow of the Tomb Raider. I promise you more curiosities, see you next month!